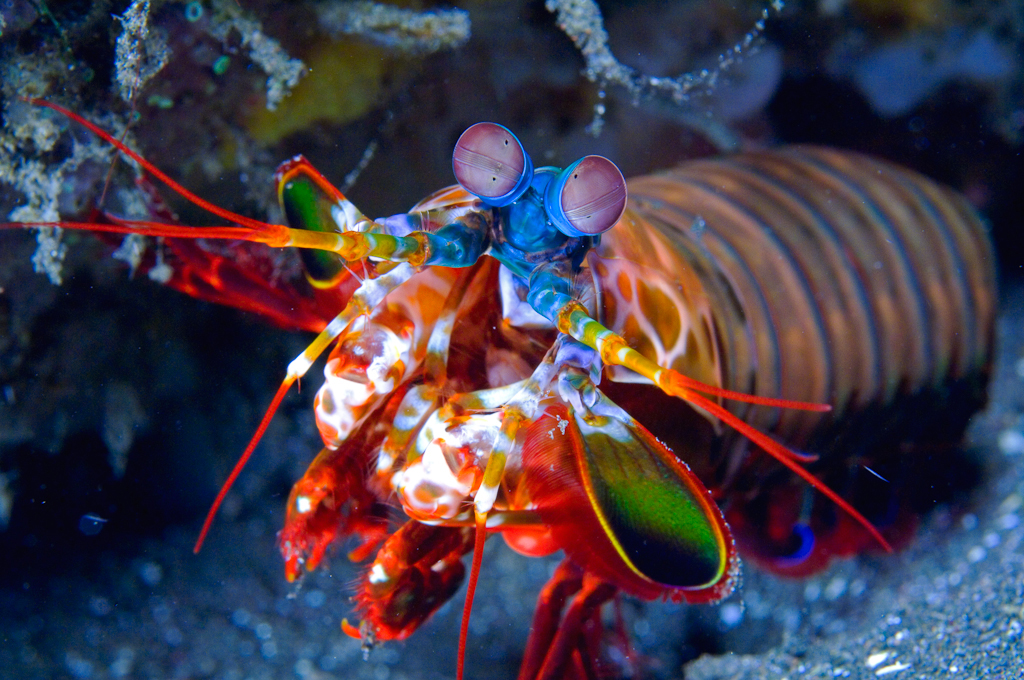 The mantis shrimp, or stomatopod, is a type of marine crustacean of the order Stomatopoda. Stomatopods branched from other members of the Class Malacostraca around 400 Mya. The majority of Stomatopoda species grow to around 10 centimetres (3.9 in) in length. A few can reach up to 38 cm (15 in). The largest mantis shrimp ever caught had a length of 46 cm (18 in) and was caught in the Indian River near Fort Pierce, Florida, in the United States. A mantis shrimp's carapace (the bony, thick shell that covers crustaceans and some other species) covers only the rear part of the head and the first four segments of the thorax. Varieties range from shades of brown to vivid colours, as there are more than 450 species of mantis shrimp. They are among the most important predators in many shallow, tropical and sub-tropical marine habitats. However, despite being common, they are poorly understood as many species spend most of their life tucked away in burrows and holes.

Called "sea locusts" by ancient Assyrians, "prawn killers" in Australia and now sometimes referred to as "thumb splitters" – because of the animal's ability to inflict painful gashes if handled incautiously – mantis shrimps sport powerful claws that are used to attack and kill prey by spearing, stunning or dismemberment. In captivity, some larger species are capable of breaking through aquarium glass with a single strike.